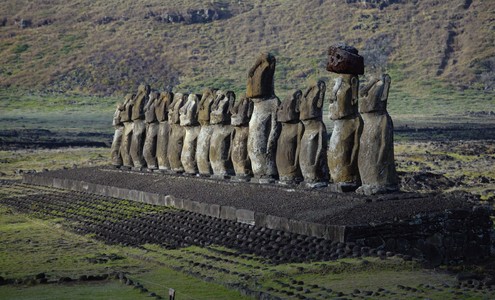 Photo report: “Alpine fairy tale or a trip to Switzerland” 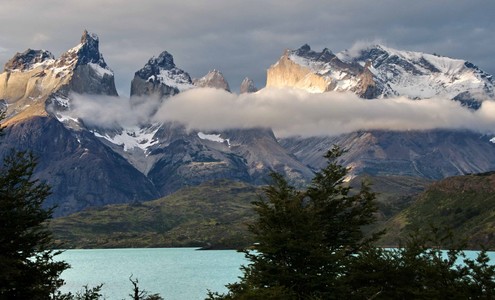 Photo report: “Travel to the End of the World. Patagonia.” 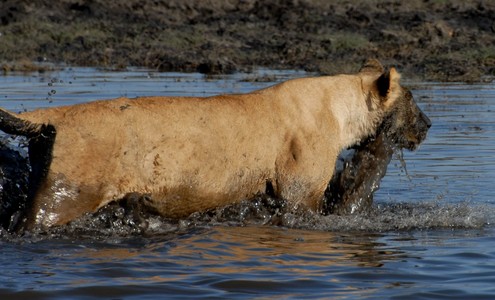 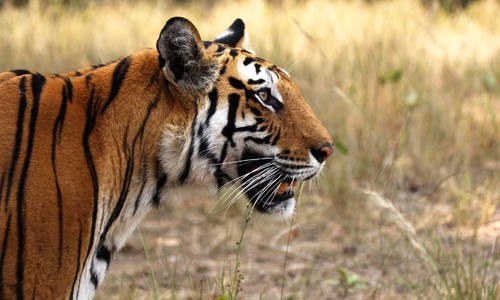 Photo report “In the way of the Bengal tiger”. 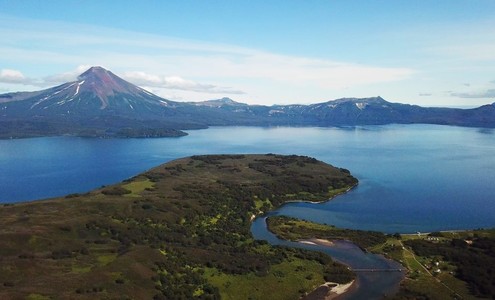 Photo report “Kamchatka. Life at the End of the Earth”. 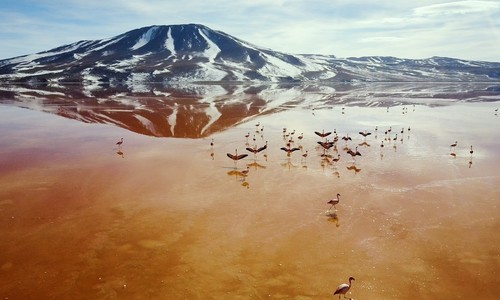 Photo report “Bolivia. Journey to the heart of the Andes”. 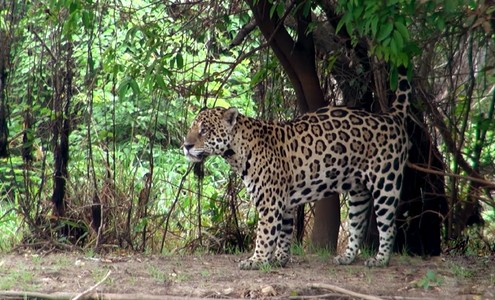 Photo report “Pantanal. On the trail of the jaguar”.

The capital of Chile met us with wonderful weather, and we are eagerly going to the city center to get acquainted with its sights.

Our first stop is at the La Moneda Palace, which has been the seat of the President and Government of Chile since 1945. It was here, in the days of the 1973 military coup, that Salvador Allende was killed.

In the center of the capital rises the small Cerro Santa Lucia hill, decorated with fountains, rotundas, sculptures and stairs. It is a favorite vacation spot for locals and tourists.

The turrets of the observation deck resemble a medieval castle.

From here, from a bird’s eye view, you can enjoy the panorama of the city.

And of course we could not visit the birthplace of the city – Plaza- de Armaz. It was here in 1541 that the conquistador Pedro de Valdivia founded the city of Santiago.

The Cathedral of Santiago de Chile is the main Catholic shrine of the country. It was built in the Baroque style, and its construction, which was dedicated to the Dormition of the Most Holy Theotokos, lasted 52 long years.

Work on the construction of the cathedral was started in 1748 by the architect Antonio Acuna, in accordance with the plan of the Bavarian Jesuit brotherhood of Kahler, and was completed in 1800 when the last two bell towers were added.

Since 1951, the Cathedral has been a Chilean National Monument.

We say goodbye to the capital of Chile, and tomorrow we have a five-hour flight to Easter Island.

Easter Island is considered one of the most mysterious places on the Earth.

This is a treasure trove of legends, and all of them are associated with unusual stone sculptures, called the Moai statues, which personify the ancient pagan culture of the ancestors of the islanders.

Today, there is only one settlement on the island’s territory – the city of Hanga Roa, and it is from here that we begin our acquaintance with Easter Island.

Easter Island – a tiny piece of land, lost in the vastness of the Pacific Ocean halfway between Tahiti and Chile.

It owes its name to the Dutch captain Jacob Roggeven, who on Easter Day, April 5, 1722, anchored off the eastern coast of an unknown island.

His gaze opened up a bare landscape covered with tall grass with sparse bushes, and along the coast, on massive pedestals, huge stone idols stood, giving the island even more mystery.

A few natives met them on their dilapidated little boats with a light frame sheathed with many small boards, and everything around suggested the extreme need and sterility of these places.

Seeing their way of life, the Dutch could not believe that these people themselves built these stone sculptures.

But it was not always so. For a long time, the island was uninhabited and was buried in the green of the forests, dense thickets of bushes and ferns.

And only about four hundredth year AD it was inhabited by people who came to the island from Eastern Polynesia.

They spoke a language close to the dialects of the Hawaiian and Marquesas Islands and worshiped the cult of the bird-man. This strange and unique rite for the whole of Polynesia was dedicated to Makemake – the supreme deity of the islanders, and the chosen one became his embodiment.

It is to this rite that the main cult center owes its origin – the rocky village of Orongo, which has survived to this day and is located on the largest volcano Rano-Kao at the western end of the island, and we set off to get acquainted with this ancient settlement, which keeps the secrets of the life of the first inhabitants of the island Easter.

It was here that the Tangata-matu rite was held annually. At the same time, ordinary soldiers and servants took the most active part in it. It was up to them whether their master Tangata-manu would become a birdman.

According to legend, the heir to the legendary Hotu Matua, the first leader who arrived on the island, was born here.

In turn, his descendants, hundreds of years later, themselves gave the signal for the start of the annual ceremony. In the spring, the messengers of the god Makemake – black sea swallows – flew to the small islands of Moto-Kao-Kao, Motu-Iti and Motu-Nui. The warrior who first found the egg of these birds and delivered it by swimming to his master received seven beautiful women as a reward, and his master became a birdman.

The last Tangata-manu ceremony took place in the 60s of the 19th century. In 1862, Peruvian pirates attacked the island and took the entire male population of the island into slavery, and then there was no one to choose the birdman.

In the eastern part of the island, at the top of the Terevaka volcano, there is the Rano Raraku crater. In the oval crater of an extinct volcano, a lake has formed, the shores of which are densely overgrown with totor reeds. The natives used it to cover roofs and to make swimming facilities.

For nearly five centuries, an ancient factory for the production of Moai stone statues was located on the slopes of Rano Raraku. It is believed that about 95% of all idols were carved in the quarries of this crater, and then somehow they were moved for many kilometers to various places throughout the island. Today, the island’s largest Moai cluster literally encircles the crater slopes and is part of the World Heritage Site of Rapa Nui National Park.

These idols have distinctive features: they did not have the eye sockets, and the head was not intended for the installation of a pukao hat.

The most unusual moai in Rano Raraku is the bearded Tukuturi, carved from red volcanic slag. He is on his knees with his head raised. This figure is believed to be associated with the Tangata Manu cult.

For the manufacture of moai, the Natives chose a relatively soft rock – volcanic tuff. Initially, they carved the face with stone hammers, then ears and arms with long fingers connected below the abdomen. Then the stone was cut from the sides, forming the back, which was then separated from the stone massif.

After that, the statue could be lowered down the slope to the foot of the volcano. At the bottom of the installed moai, the neck and back were trimmed and the surface was finally polished.

It is a sanctuary for the ancient inhabitants of the island, built around 1500 AD. Stone idols are located on a site in the depths of the island and their faces are facing the ocean. The height of each of the statues exceeds three and a half meters and weighs about 18 tons.

All seven Ahu-Akivi moai are similar in style and are set with astronomical precision. Their gaze is directed towards the point where the sun stands at the equinox.

There is a legend that these seven moai personify the seven messengers of the Polynesian leader Hotu Matua. They were sent to seek a new homeland for him and his tribe.

On the east coast of Easter Island in Hutuichi Bay, there is the largest ritual complex – Ahu Tongariki.

Here on a pedestal there are 15 stone idols of different types and sizes. The largest of them “Patro” is 10 meters high and weighs 82 tons.

At dawn, the moai Ahu Tongariki are especially beautiful and mysterious. Being here it seems that we have returned five hundred years ago to the ancient history of the island.

On the west coast of the island, on the outskirts of Hanga Roa, is located Ahu Tahai.

Here moai of various shapes and sizes are placed on three ceremonial platforms.

And next to Ahu Tahai is another majestic idol of Hanga Kyoe.

In the north of the island, in the picturesque bay of Anakena, behind the shade of a palm grove, there is a magnificent beach with white sand. It was the place where the first settlers arrived under the leadership of the supreme leader Hotu Matua.

At the edge of the beach, there are seven graceful stone images of Ahu-Nao-Nao.

Their bodies are thinner than most of the moai found on the island, and their heads are covered with pukao hats, neatly carved from red volcanic slag. .

A quiet bay, tall palm trees, silent statues of formidable moai make us forget about time and involuntarily touch the tragic fate of the ancient inhabitants of the island.

Looking at these majestic monuments of the past, it is difficult to realize that only 1600 years ago this deserted island appeared before the first settlers as a paradise with an abundance of food, many building materials and ample living space.

The inhabitants of the island erected moai, hoping to protect the spirits incarnated in stone, but unfortunately, this monumental program led their land to environmental disaster. And the stone idols created by them continue to rise above the island today, remaining unwitting monuments to human folly.

I am in fact thankful to the owner of this web site who has shared this fantastic article at at this place. Tiff Jarib Broome

I view something truly special in this site.

As a Newbie, I am continuously searching online for articles that can be of assistance to me. Thank you